As Executive Director for Cushman & Wakefield (C&W), Tom uses his wealth of experience to create and execute strategic plans for office properties, including new development and the repositioning/redevelopment of existing assets.  Additionally, Tom works with companies to help them understand the market and make well-informed real estate decisions.

Prior to rejoining C&W, where he was in the firm's office leasing group for 18 years, Tom was with The Excelsior Group, where he led the firm's Commercial Acquisitions and Development group, and was actively involved in the repositioning/redevelopment and lease-up of West End Office Park in St. Louis Park.

Tom's notable experience includes his role as head of leasing at the 1.7MM square foot Normandale Lake Office Park in Bloomington; one of the United States’ premier suburban office parks. While in that role, Tom was instrumental in two sales of the park, as well as the development and lease-up of two new office buildings.

Throughout his career, Tom has completed more than 600 transactions totaling over 3 million square feet. Tom is a past-President of MNCAR, and was named the organization's Broker of the Year in 2013. Tom grew up in St. Paul, MN; he is a graduate of the University of Notre Dame.

Get access to the best performers in the commercial real estate industry along with top tier educational programming and networking opportunities! With a 1200+ membership base, MNCAR members represent 95% of the listing agent population in the metro area. In addition to broker memberships, MNCAR is proud to offer Affiliate Memberships to vendors, sponsors, and top industry resources also. 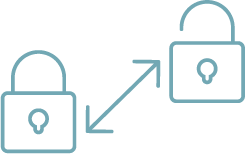